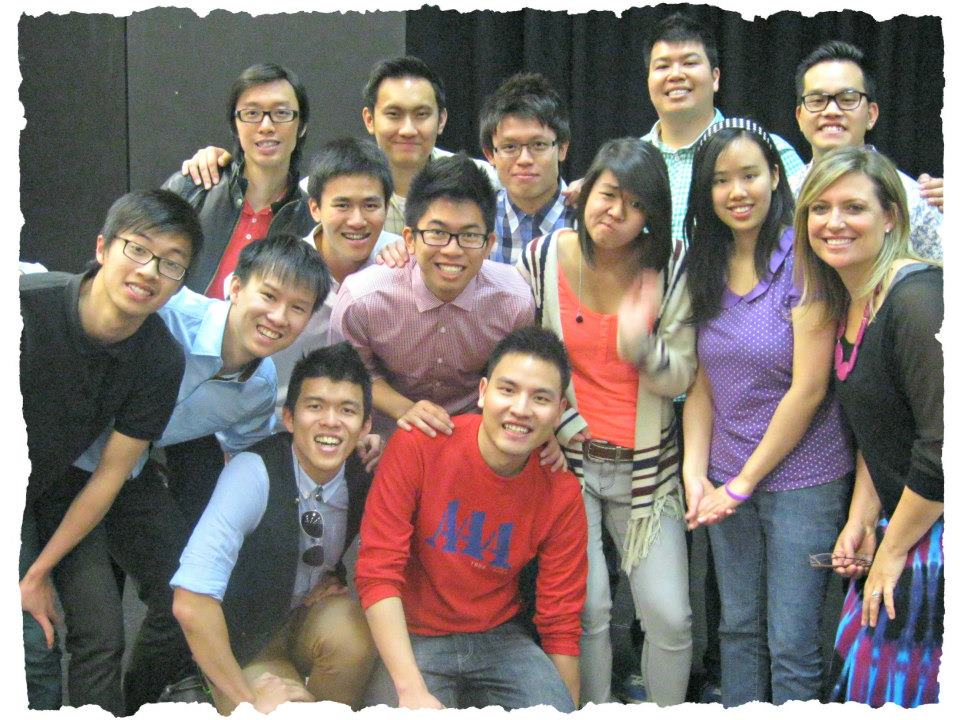 I’ve got quite a few thoughts to share today, and they are probably quite random. However, if there is to be a common thread, it is to be seen in Paul’s prayer for the church in Ephesians 1:17-21:

I keep asking that the God of our Lord Jesus Christ, the glorious Father, may give you the Spirit of wisdom and revelation, so that you may know him better. I pray that the eyes of your heart may be enlightened in order that you may know the hope to which he has called you, the riches of his glorious inheritance in his holy people, and his incomparably great power for us who believe. That power is the same as the mighty strengthhe exerted when he raised Christ from the dead and seated him at his right hand in the heavenly realms, far above all rule and authority, power and dominion, and every name that is invoked, not only in the present age but also in the one to come.

Rev Margaret Seaward, an 81 year old missionary and church planter, shared on this passage during today’s service at Faith Community Church. She made two main points.

First, we need to “know” Christ. It’s not a head knowledge, but a knowledge rooted in experience. In the Message version, Eugene Peterson renders it as to “know him personally”.

Second, God wants us to experience his incomparably great power or (again as Peterson puts it), “God’s endless energy and boundless strength”. This is the same power which raised Christ from the dead and seated Him in the heavenly realm. As Rev Seaward puts it, it is a power that defies the laws of nature, the laws and edicts of man; and the power of the demonic realm.

Rev Seaward preached a fairly simple and straightforward message, but it was peppered with loads of her own stories and experiences – and you could see that this was a woman of God who has personally experienced God’s power in her life. I was inspired to hear from a believer who had walked in the ways of God for decades. I hope that when I get to 80 years old, I would have had even half of the number of God encounters to tell to the generations to come after me.

Today was also significant because it was my first time back serving in a Sunday worship band in a church. I was actually quite nervous, not having been part of a church worship team since March 2011. In fact, I felt a little out of my depth.

But everyone on the band (known as “Team 3”) was really friendly and welcoming so I didn’t end up feeling too uncomfortable. A photo of the awesome Team 3 is above.

I was absolutely blown away by the size of the team; their heart for worship; and the quality of their musicianship. From a singer’s perspective, each of the singers on our team blended really well with each other and everyone could do harmonies too. It’s like being part of a dream team. And as we worshipped, there was such a powerful sense of God’s presence as we declared His greatness. It was a great start to my time in FCC’s worship ministry.

The only sad thing for me was knowing that the bassist Jon Teoh was about to relocate to Melbourne and that today was his final time playing in the band. I actually only met Jon in May of this year when he stepped in to play bass for me on one of the Converge teams I was leading. I was instantly struck by what a nice guy he was because after rehearsal, he asked if Pastor Yoy wanted to catch up with him and he was actually prepared to drive quite a distance to go have supper with Yoy. I quietly thought that Jon was a really decent person.

More than that, I had the privilege on being on another band with him and also found out that he does the interpreting for the Chinese congregation. This was a guy who was after God’s heart and served God with all he had. So, I was hoping to work with him more, but I guess our loss is Melbourne’s gain!

I share all of this in a way to say that these experiences are part of all our respective journeys in knowing and experiencing Christ more. Be it my own journey, or Jon’s or Rev Seaward’s, Christ is being revealed to us more and more. Again to quote Peterson’s paraphrase of verse 19: so that we can grasp “the immensity of this glorious way of life he has for his followers” and “the utter extravagance of his work in us who trust him—endless energy, boundless strength!”

One final thought, and this one is funny. Last night, I was celebrating the birthday of a good friend of mine, Darren. I love sitting down and talking with him about life, worship, God and all sorts of other things. But in the midst of all the good food and the fun we were having, he started to share with me some thoughts on the Christian life which he gleaned from cellaring his expensive wines. I hope that he will guest blog these thoughts shortly, but one of the things he said went something like this:

Darren: have you ever thought about the verse “Ask and it will be given to you”? I know that God gives me all the little things, like I can ask for a car park spot and I’ll get it, but there are other things I ask for, bigger things, and it doesn’t seem like God answers. Maybe it’s like good wine. Maybe when you ask for these things, God has already given them to you; except that they are in your cellar. God knows that if you open it too soon, the wine won’t taste like what it could have had it been cellared for its full life.

What a profound thought, I said to myself. I also thought “I don’t remember God giving me a car park spot when I’ve asked…”

And then this afternoon, after church, a few of us were going to Fremantle Market after lunch in Ling’s car. She was wondering where to park and logically, I thought we should park in a big car park where there is ample parking. But Ling decided to turn into a very small car park right in front of the Market, and to me it looked full. Without batting an eye lid, she said “I’m going straight into that car park and park the car.” My immediate response was “how can you be so sure?” She drove into the car park anyway and just at that moment, a lady appeared out of nowhere and walked to her car. As Ling signalled, the lady reached into the car, walked over and without saying a word, gave Ling her parking voucher which still had 45 minutes of unexpired time left on it.

And I was reminded again: if God did not spare his own Son, how much more will He give us all things!

In big things and in little things, we are experiencing God’s exceedingly great power! This is the immensity of the glorious way of life which God has in store for His followers!